Skip to main content
Home » What's New » Dr. Luke Small’s Interview about the Effects of Marijuana Use on Eye Health

Reprinted with Permission from "Vision Health Month" on Friday, May 11, 2018, a Supplement to the Winnipeg Free Press.

Cannabis is scheduled to be legalized across Canada in just a few months but before you head down to a dispensary with visions of Cheech & Chong dancing in your head, take a second to look deep into your own eyes.

Will doing your best Rastafarian impersonation have any long-term impact on your ability to see? 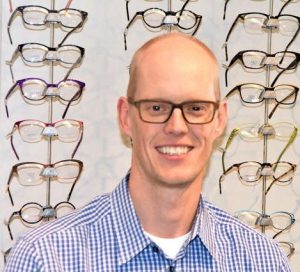 Dr. Luke Small, a Winnipeg-based Doctor of Optometry, says nobody knows for sure because there simply isn’t enough data yet, but he preaches extreme caution when it comes to cannabis consumption.

Much has been made in recent years about the medicinal benefits of smoking cannabis to lessen a variety of pains but he won’t be prescribing it to any of his patients.

There are more than 400 chemical components in cannabis but THC, or tetrahydrocannabinol, is the one responsible for most of the psychological effects — or getting people high.

Cannabidiol (CBD) is another active ingredient, and that’s what helps with pain. It’s possible to get pain management without any having any hallucinations but you have to be careful when taking pills or edible forms, Small said.

“A lot of people will pop a gummy bear and think because it goes into their stomach that it’s not affecting them and then they’ll pop another one. That’s when things can go bad,” he said.

If cannabis has been prescribed to you by your family physician, follow their instructions and don’t self-medicate, he said.

Legalizing recreational marijuana, a key plank in Prime Minister Justin Trudeau’s campaign in 2015, was initially on track to be finalized in July but thanks to a couple of delays, won’t happen until August at the earliest and possibly September.

One of most common — and misunderstood — uses of CBD is in the treatment of glaucoma, an eye disease in which fluid pressure can damage the optic nerve and lead to vision loss or even blindness. In fact, it’s the worlds leading cause of irreversible blindness.

Once the damage begins, peripheral vision can be the next to go. Cannabis proponents maintain if you can lower the pressure in your eyes, you can control the damage to your optic nerves but Small said that’s simply not true.

“We want to bust the myth that it’s great for lowering eye pressure. It only has a very short-term effect. In order to keep your pressures down, you’d have to be using it all day. You can imagine the ramifications in the workplace might be a bit of an issue,” he said, noting there are other treatments for glaucoma.

Thanks to an unregulated internet, far too many people are getting their medical advice from Dr. Google. Small said there are studies that show chronic users of marijuana can sustain brain damage but proponents prefer to point to the many online sites that provide testimonials, rather than actual medical evidence, that says no damage occurs.

“Be careful who you get your information from. It can damage your system and your brain long-term,” Small said.

In fact, one French study of chronic users found the toxic effects of marijuana slowed neural processing of what they were seeing.

“As you look at something, a massive amount of information comes into your retina. You can measure the signals to your brain from your retina and the processing is done in the back of your head. That signal, that firing, is slower in a chronic marijuana user. Long-term, that could potentially affect your vision,” he said.

A common side effect of smoking marijuana is red bloodshot eyes. Medicinal marijuana lowers your blood pressure, causing peripheral blood vessels to dilate as they try to push blood back to the heart, causing the“stoned” look.

“If your eyes are staying red longer or one is redder than the other, see an optometrist,” Small said. “If something doesn’t seem right, get an eye exam.”