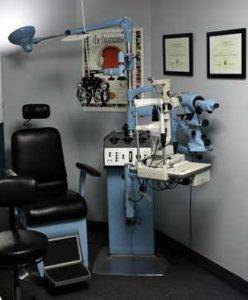 We realize that you have many choices when it comes time to choosing an optometrist in Winnipeg, MB. We are also keenly aware that you have numerous choices when it comes time to fill your eyeglass and contact lens prescriptions. It is our goal to provide you with a one-stop location where all of your eye care needs can be met. Armstrong & Small Eyecare Centre has been around a very long time and we know that we can’t (and won’t) be able to compete with many of the large discount optical stores when it comes to cheap, lower quality products. However, we stand behind every one of our high-quality optical products and our prices are competitive when comparing apples to apples and we service everything that we sell.

The same goes for our doctors and staff. Our eye doctors pride themselves on the quality of service and listening skills. We do our best to listen to your eye care needs and provide options for you that will best suit your individual vision requirements. Whether this means a full review of your retina with the latest image technology, or simply a new nosepad on your glasses, we will do our best to provide you with the very best care.

Contact our eye care clinic today to find out how we can help.

1916: Dr. Frank Armstrong, on June 15, is licensed to practice optometry in the province of Manitoba (License #133)

1935: Donald Small enrolls in the 2-year program at the College of Optometry of Ontario. Tuition was $600/year.

1937: Dr. Donald Small is licensed to practice optometry in the province of Manitoba on December 4th. (License #180) 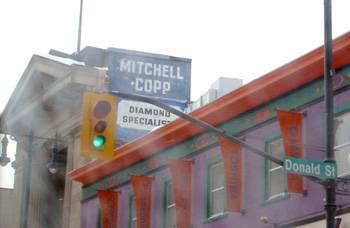 1938: Dr. Donald Small apprentices for one year under Dr. W.O. Scott for $20/week. He later starts work at the Mitchell Copp jewellery store and eventually runs their optical department for 10 years. He was one of the first optometrists to start charging exam fees since prior to that, the only money the optometrist received was from the sale of eyeglasses. Eye exams were $3.

1940: Ad (below) appears in the Winnipeg Evening Tribune, April 13, 1940, listing both B. Frank Armstrong and Donald C. Small as Registered Optometrists in Manatoba. To see the full ad, click here - or click on the ad to see a close-up. 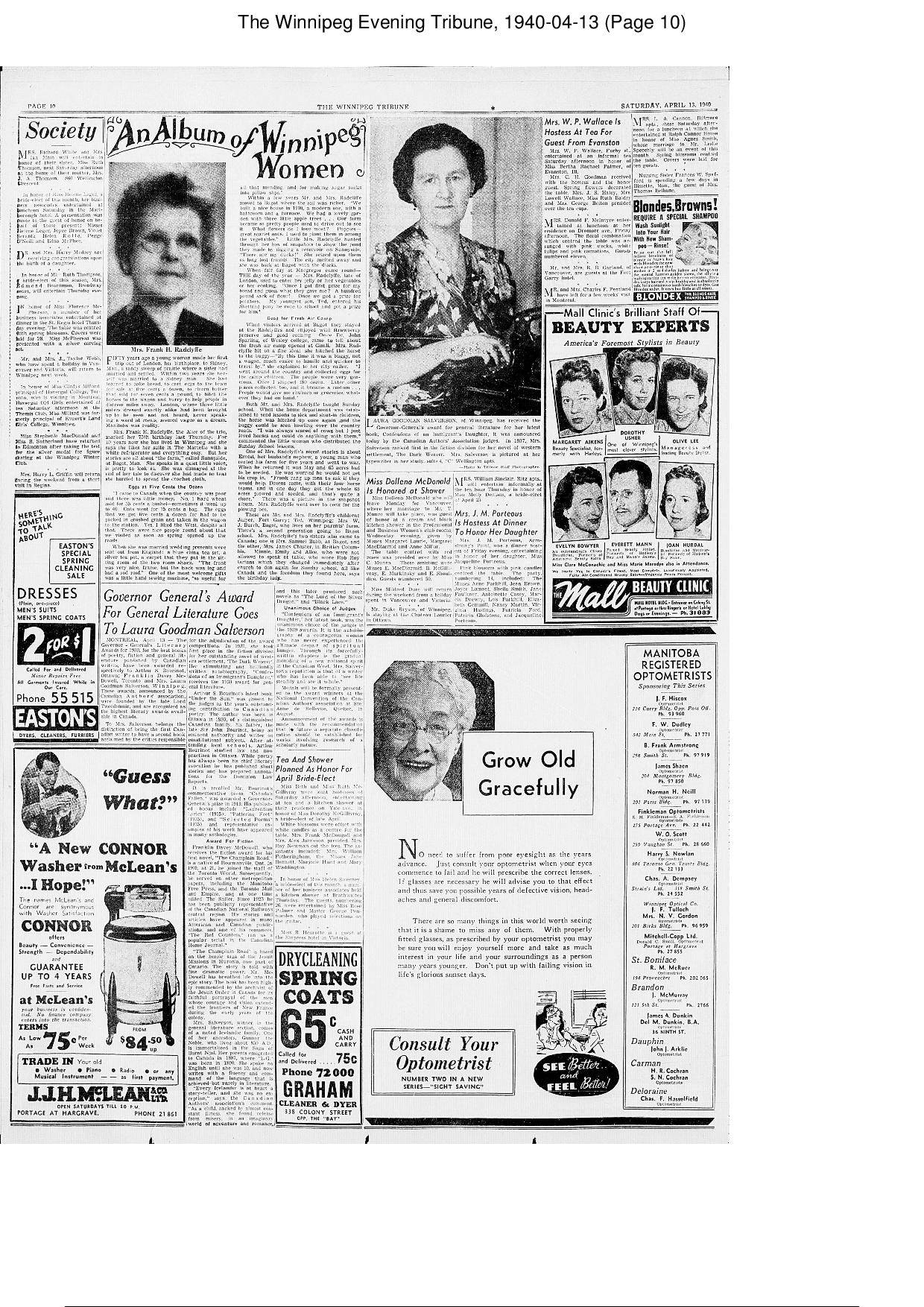 1948: On April 19th, Dr. Donald Small opened his own private practice in the Boyd Building on Portage Avenue in Winnipeg. He would practice at this location for the next 31 years.

1957: Dr. Donald Small completes a 2-year correspondence course through the College of Optometry of Ontario to earn his doctorate.

1962: Roderick Small enrolls at the College of Optometry of Ontario.

1966: Dr. Roderick Small graduates from the College of Optometry of Ontario and joins his father’s practice at the Boyd Building in Winnipeg. At this point, the practice is known as Armstrong, Small, Dempsey, Pippy, and Small. Quite a mouthful for the poor secretary who was answering the phones that year!

1970: Dr. Donald Small started two small satellite practices in Ashern, MB, and Stonewall, MB. He would continue with the Stonewall practice until he retired.

1977: Dr. Jim Eastwood begins as an associate with Armstrong and Small and continues to work at their soon-to-be new location.

1976: Dr. Donald Small semi-retires and cuts back his hours to a few days per week. 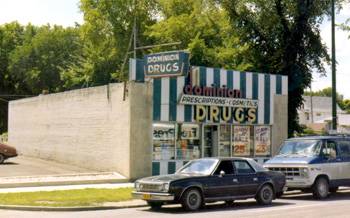 The Dominion Drug Store in 1979

1996: Luke Small enrolls at the University of California Berkeley School of Optometry in Berkeley, California

1996: Gina Mistretta enrolls at the University of California Berkeley School of Optometry in Berkeley, California.

2005: Dr. Luke Small starts part-time work in the Optometry Clinic at the University of California Santa-Barbara 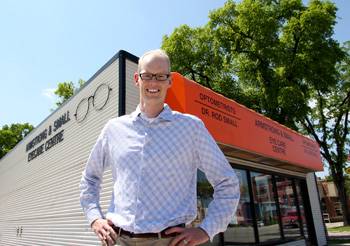 2014: Renovations of the practice begin. 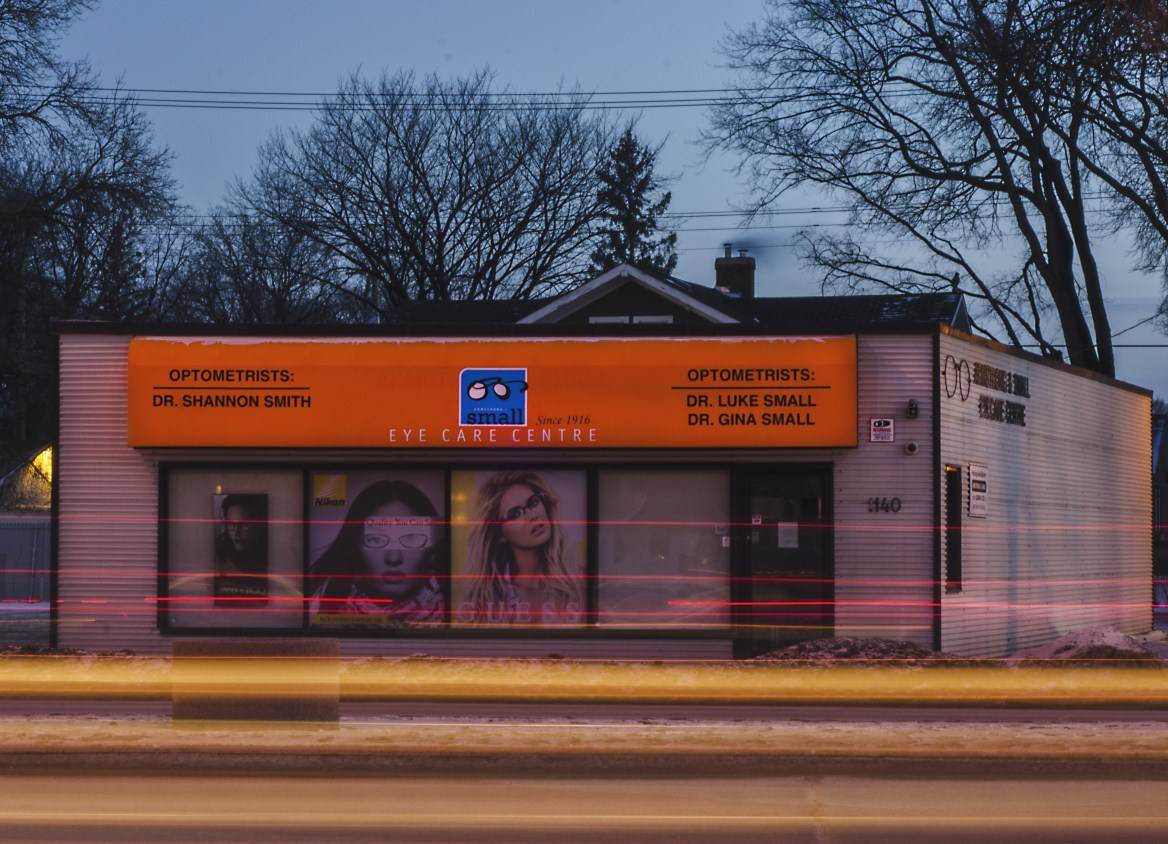 2015: Our practice - at just the right light between day and night. Photo courtesy of Edward Saunders. 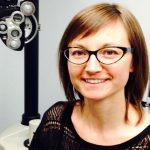